Volta Region to Be Shortchanged On Juicy Sports Stadium Project?

Information available to globalfmonline.com has it that the New Patriotic Party (NPP) government intends to go back on its promise of building an ultra-modern sports stadium in the Volta region by substituting it for a two thousand capacity mini-park!

According to our sources, plans are far advanced for the sod-cutting ceremony for this intended mini-park project to take place on Wednesday 21 March, 2018, here at the Volta Regional capital, Ho.

Much as this will appear like one of the numerous developmental projects being brought to the region by the Akufo Addo-led NPP government, this move, from all indications, would actually amount to nothing less than shortchanging and cheating the region.

The building of this mini-park will invariably mean denying the region the benefit of an ultra-modern sports stadium, because the former, according to sources, is meant as a substitute for the latter! Not only is this a slap in the face of the people of Volta, but one could conveniently say that this is also a show of bad faith by a government that has just recently begun to successfully court the affection and attention of the people of the region!

One topical issue that has drawn quite some agitation from sports lovers as well as all well-meaning Voltarians over the years is the issue of the development of sports in the region. When it comes to sports, Volta region is a force to reckon with in Ghana. The region has exhibited to the country some superior skills in many sporting disciplines ranging from Football, Handball, Table tennis, Badminton and volleyball etc.

In addition to many obvious factors, the decline of Sports in Volta region can be attributed chiefly to the the lack of a proper and befitting sports stadium.
Despite the good successes achieved by the Volta region, the Ho Sports Stadium remains the only facility in the region that hosts most of the sporting activities in the region. In spite of this, the stadium has not seen any form of infrastructural development in recent years. 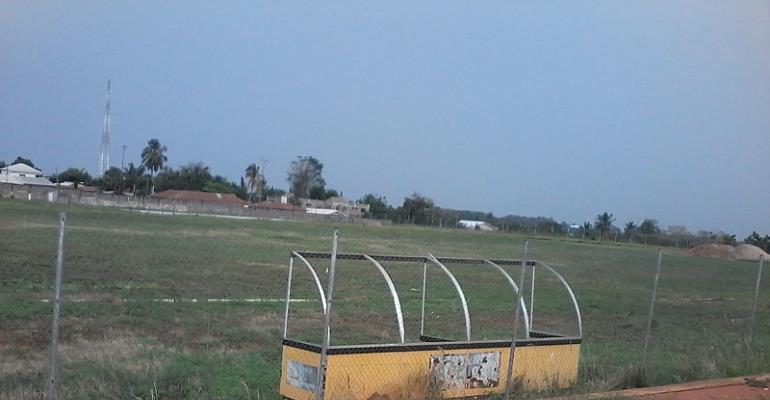 The green grasses are unkempt and provides difficulty to the footballers playing on the pitch. The fence wall of the stadium is also broken halfway posing a lot of security threats to the athletes and the spectator’s present. The few fans that cherish and appreciate the game and want to have a feel of it are also left at the mercy of the scorching sun.

It was quite therefore a huge relief for the region when the President of the Republic, H.E Nana Addo Dankwa Akufo Addo and the NPP administration promised to furnish the region with a well-established big capacity sports stadium as has been built for the Western and Northern regions by the Kufuor-led NPP government, and for the Central region by the Mills-led NDC government.

It is therefore surprising, and quite disappointing, that things are beginning to turn out this way.

Globalfmonline.com shall dig further and furnish you with more soon.